In addition to flying sports cars and a machine that mixes the perfect martini, one of the accoutrements of worldly masculine adulthood that impressionable young boys weaned on sixties pop culture grew up to expect is the ready availability of pliant female robots. What surprises me about this particular trope is not just how much it turned up in movies, TV shows and dime fiction throughout the decade, but how much it showed up in stories that were ostensibly set in the then present day. It’s as if the people who cooked up these ideas were somehow convinced that the technology already existed to create fembots, but that some self-appointed guardians of knowledge were conspiring to keep the discovery away from the general public–perhaps out of some misguided fear that people might use such an invention irresponsibly.

Of course, whenever these girl-tomatons appeared, it was almost invariably at the pleasure of some effete super-villain–and so they served the dual purpose of providing both audience titillation and an unflattering contrast to the manly hero, who, unlike his obviously hard-up nemesis, was fully capable of making actual flesh-and-blood women fall under his spell. These forty-some years later, science has still not–at least, to my knowledge–cracked the secret of producing fully functioning electronic women. I guess that an effete super-villain in the real world of today would have to settle for simply staffing his secret compound with a contingent of those creepy Real Dolls. 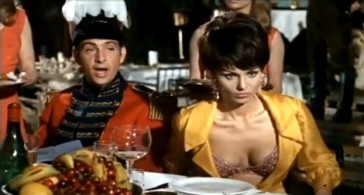 Which brings me to Some Girls Do, the second of British producer Betty E. Box’s attempts to bring Herman Cyril McNeile’s two-fisted 1930’s fictional hero Hugh “Bulldog” Drummond into the late twentieth century. The first attempt, 1966’s Deadlier Than the Male, was a film of many charms (Elke Sommer as a bikini clad assassin, a set piece involving giant robotic chessmen–a theme sung by Scott Walker, for God’s sake!), and if you enjoyed that one, there is no reason why you wouldn’t enjoy Some Girls Do, because this sequel brings with if all of the joys–as well as the flaws–of its predecessor. In fact the two films are so similar in almost every way, that its hard to believe that there are three years separating them.

Star Richard Johnson and director Ralph Thomas both return for this outing, as do writers David Osborn and Liz Charles-Williams (though this time without the help of Jimmy Sangster). Also returning is Drummond’s arch nemesis, Carl Peterson, this time portrayed by James Villiers. As in Deadlier, Peterson has at his bidding a small private army of mercilessly efficient and stylishly under-dressed female assassins. Whereas Elke Sommer and Sylva Koscina lead that squad of killers in the first film, they are here replaced by Dalia Lavi and Bebe Loncar. I can only see that change in casting as an upgrade, because, as fetching as Sommer is in Deadly, for me nothing can compete with the dark beauty of the Israeli born actress Lavi–and that is an opinion that was fixed in my young mind many, many years ago, by the vision of Lavi strapped nude to a chrome table, verbally reducing Woody Allen to chum, at the end of Casino Royale. 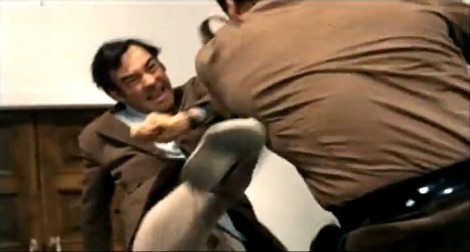 As with Deadlier Than the Male, the tone of Some Girls Do is very similar to that of the Diana Rigg-era Avengers, in that where the plot ultimately leads us is really secondary in importance to the various tongue-in-cheek situations and quirky characters that we meet up with along the way. In that spirit we’re given Robert Morley as an undercover ally of Drummond’s who runs a cooking school under the name Miss Mary, and Ronnie Stevens as a bumbling fellow agent who tries to cover up the fact that he’s a hopeless mama’s boy with pathetic attempts to appear “with it” 1969-style. My favorite of these cameos is Florence Desmond’s turn as Lady Manderley, a heroic (and, singularly among the rest of the female cast, middle-aged) female undercover operative who provides a nice counterpoint to the rest of the women on display, all of whom are either man-eaters or dim-bulbs. Or robots–specifically of the kind that are in every way identical to real women, except with large, elevator style “off” and “on” buttons on their necks (which I guess would put them squarely in the “tongue-in-cheek situation” category).

This is not to say that Some Girls Do‘s preoccupation with such zany business prevents it from delivering a fast paced–if somewhat preposterous–adventure narrative. A device that destroys by means of infrasonic waves is the macguffin here–and as Drummond tries to track it down, we’re treated to that classic sixties spy movie scenario in which the villains, rather than sensibly staying on the down-low until the heat wears off, make repeated and increasingly brazen attempts on the hero’s life, leaving a handy breadcrumb trail of botched assassination attempts that ultimately serves to lead the hero right to them. This, of course, makes for some exciting action set pieces–and I’m more than happy to forego character logic if by way of compensation I get Richard Johnson in a sleek, space-age glider being buzzed by a murderous Dalia Lavi in a bi-plane. 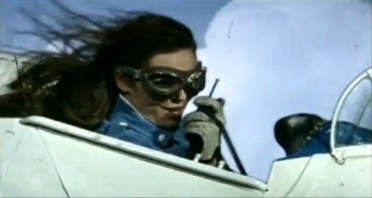 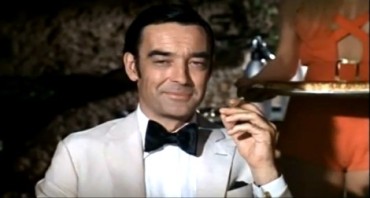 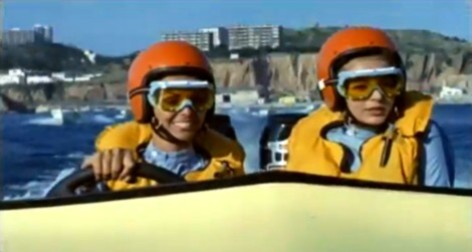 As for Johnson, I think that perhaps the decision to rework Drummond as a Bondian hero puts an unfair burden of expectation upon him. With his posh accent and relatively formal bearing, there’s something slightly old world about him that prevents him from completely embodying the same fast-paced modernity that Connery’s Bond does. At the same time, I think that this quality may in fact make him perfect for the role, because he manages to straddle both the bygone era of his character’s origin and the modern era in which the filmmakers seek to place him. In any case, seeing as Drummond works for an insurance company, rather than some international spy organization, having him be a bit more on the conservative side serves less to strain credulity than were he to be presented as another Flint or Matt Helm.

While I can make peace with Johnson’s performance, however, one thing that does get in the way of my enjoyment of Some Girls Do – just as it did with Deadlier Than the Male – is the producers’ determination, presumably as an attempted capitulation to the American youth market, to team Drummond with a youthful American comic foil. In Deadlier, this role was filled by Steve Carlson as Drummond’s American nephew Robert–and while Carlson managed not to be too annoying, he was distractingly unnecessary. On the other hand, in Some Girls Do, actress Sydne Rome–in her portrayal of “Flicky” (um, what?), an apparently love-struck American girl who ends up shadowing Drummond’s every move–manages to be at once both unnecessary and annoying. 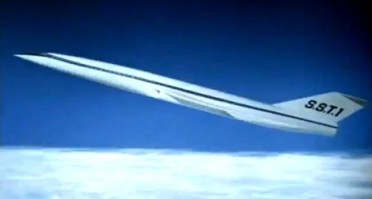 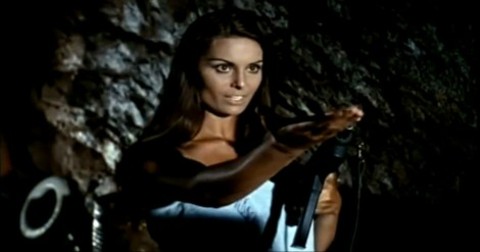 Still, it seems unfair to pick at Some Girls Do too much–because, like it’s predecessor, its a film that’s very generous in its intentions. Or at least it is if you’re someone who appreciates a nicely appointed sixties espionage caper filled with international locations, outlandish set pieces, and beautiful women. That’s not everyone, I know. But if it’s you, Some Girls Do will be all over you like an eager-to-please robot love slave. And I’m sorry to tell you that that’s about the closest you’re ever going to come to that experience.