Here’s a shock: Teleport City is a strong supporter of the burlesque arts and any other form of performance during which women and/or men find themselves increasingly deprived of their vetements. New York, of course, has a long and storied history of burlesque performance beginning as early as 1840 but really catching fire with the first visit to America of Victorian era burlesque troupe British Blondes, led by dancer, comedian, actress, and theatrical producer Lydia Thompson. The shows were a combination of acts, including comedians, singers, acrobats, dancers, wrestlers, strongmen — whatever you could come up with, really. Although burlesque fell out of favor in England near the turn of the century, Americans — especially in New York — picked up the ball and ran with it, with early pioneers like the Minksy Brothers pushing the shows as far as moral crusaders would allow them — and then a little further, including the introduction of “coochy” dances that would evolve into the striptease that came to dominate the burlesque performance (and frequently get them shut down). 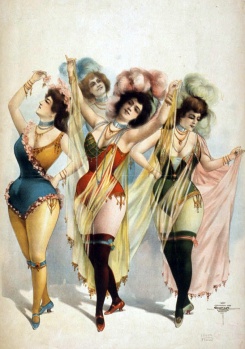 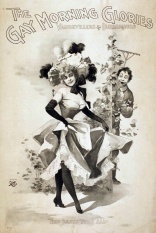 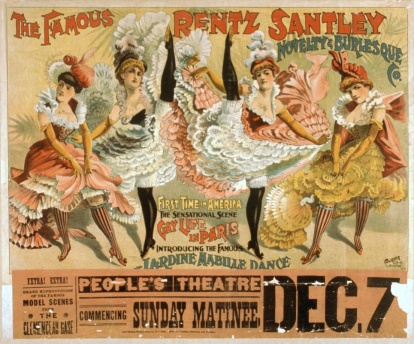 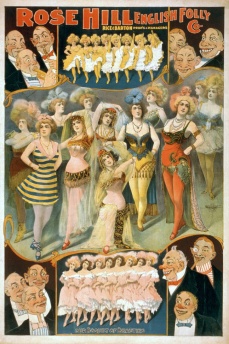 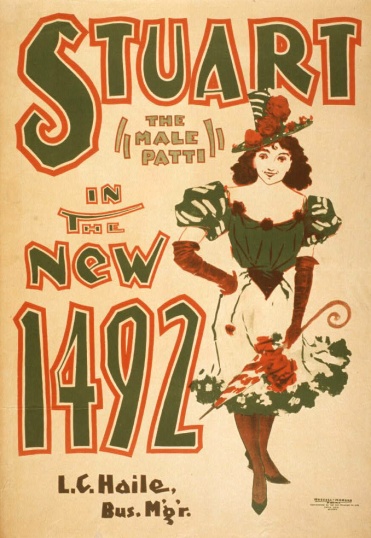 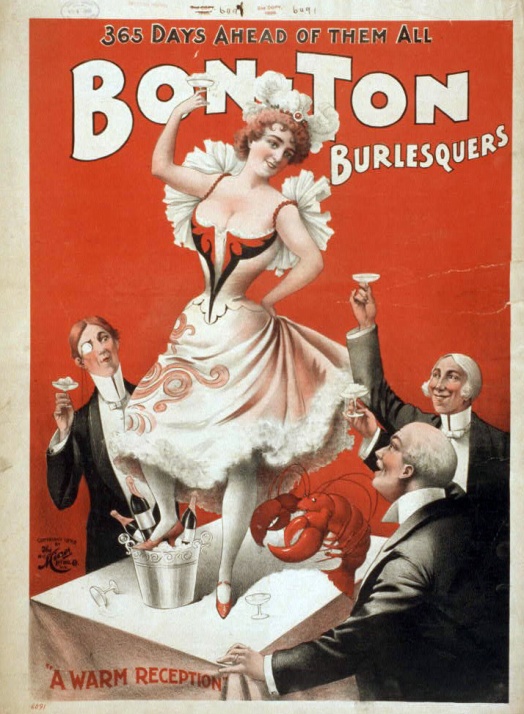 We are proud to say that, after some time away, burlesque in New York is more popular than ever, even if most of the shows have dropped the comedians and only a few feature the singers and acrobats. And as we here in Teleport City’s virtual Tammany Hall are also prone to hoarding, we’ve come upon a cache of turn of the century — no, the other century — ads for the ribald, rollicking burlesque shows that tantalized and terrified in the days of pennyfarthing bikes and frogs standing upright, wearing boat hats and waistcoats, and playing the fiddle. 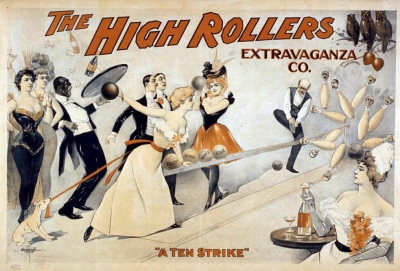 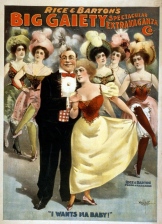 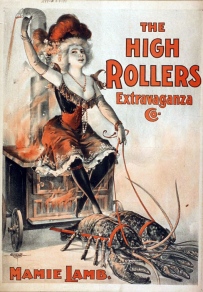